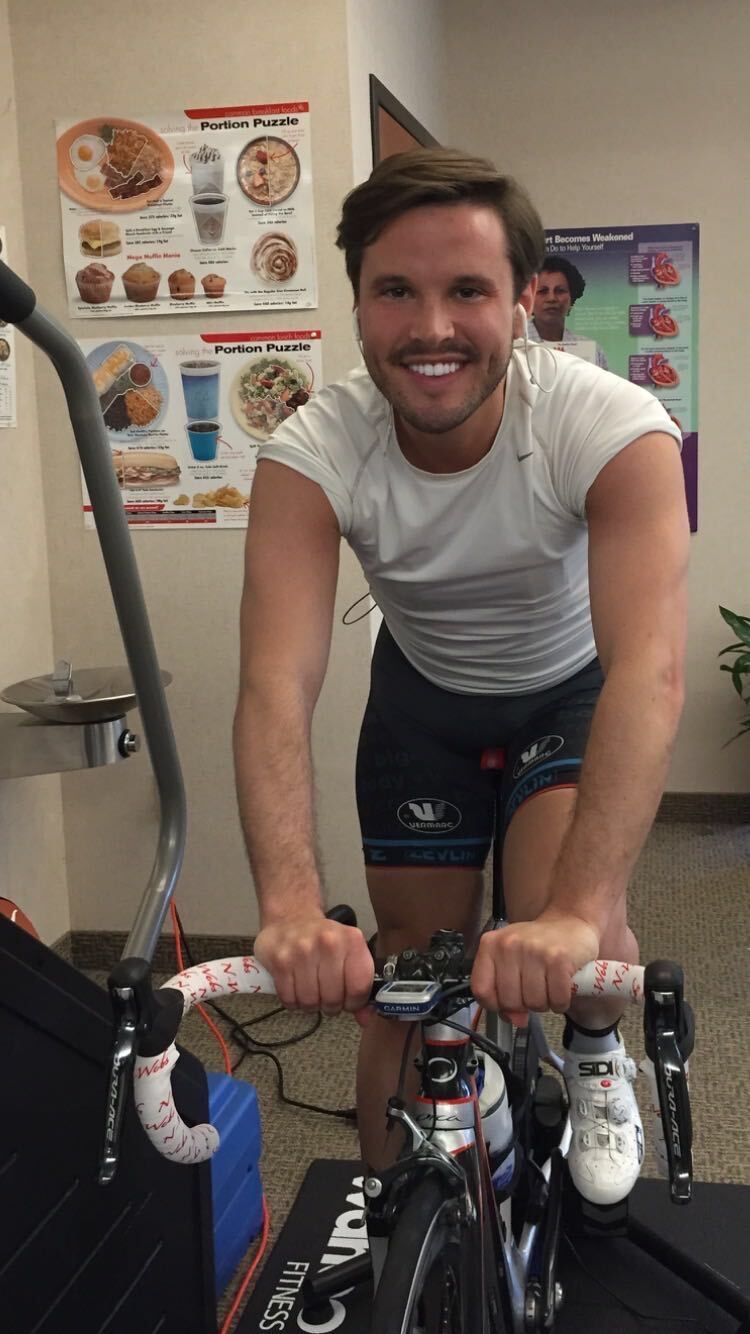 One person dies every 36 seconds in the United States from cardiovascular disease leading to 1 in every 4 deaths annually.

At the age of 22, our Co-founder, Nicholas Weber, suffered a massive heart attack while riding his bike. He was fortunate enough to take part in cardiac rehabilitation thereafter.

As Nicholas was recovering from his heart attack and attending cardiac rehab, his beloved father passed away from a long battle of heart disease that very same summer in 2013.

He learned the barriers to participating in a cardiac rehab program firsthand, and sought to challenge those statistics through his research at Baylor Scott & White Hospital. The American Heart Association wrote an article discussing Nicholas' research for health equity and about his heart health journey.

Less than 5% of patients that qualify for cardiac rehab actually attend a single session, despite the clinical benefits. It's our goal at Ucardia to change that.

Ucardia is redefining cardiac recovery for the 21st Century. Join our mission in beating heart disease.

Read more about our Founder and CEO Nicholas Weber here on the AHA website: